Torin Berge talks about "Managing the Occipital-Atlas (OA) Region: An introduction to management of POTS, Chiari, and other dysautonomic issues." 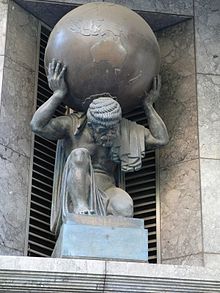 Neck pain and headaches are a common complaint of people who seek medical care and specifically physical therapy services. The neck is an area that requires significant mobility yet also requires stability to hold your head up and position it for patterned functional activity such as talking, eating, seeing, hearing, breathing, walking and in general engaging with the world around you. If your motion is restricted or increased stability is demanded out of your neck you will know it with symptoms such as neck tension, knots, headaches, or a host of other symptoms. I want to talk today about one specific area of the neck that is very important, often misunderstood and usually difficult to manage without a team approach.

The area where your head (skull) and neck (spine) attach is a vulnerable area due to the increased demands for mobility and stability at that level. This area is called the Occipital-Atlas (or OA) junction. The top cervical vertebra is called the atlas after the mythological Greek Titan, Atlas, who following the Titans defeat to the Olympian Gods was said to have been punished by Zeus to hold the whole world on his shoulders for the rest of eternity. This is an appropriate visual as the atlas vertebra is responsible for holding the whole skull (and its important contents) above it. The area of the top 2 cervical vertebrae is also the location of approximately half of the range of motion of rotation when you turn and rotate your head from side to side. The base of the skull where if meets the spine is also the location of the foramen magnum (literally big hole). This opening is where your spinal cord extends from the brain inside the skull down the spine carrying all of the important messages to and from your brain that controls nearly all your body’s functions, voluntary and involuntary. The brainstem is the bottom-most portion of the brain and the top most portion of the spine and lies within the foramen magnum. The brainstem is also the area of the spinal cord where the cranial nerves, which control the majority of your sensory functions comes off of the brainstem and is seen as the area of the brain that receives input from the sensory systems throughout the body and interprets them triaging what is important and sending information to higher parts of the brain where they are further processed and appropriate responses sent out. In general think of the brainstem as Grand Central Station for information coming into the brain and leaving the brain to the body. That information must be efficiently processed and sent where it needs to go for normal function to occur. Of course it is much more complicated than that but you get my point.

Anything that restricts movement at the OA region or anything that creates increased torsion or twist at this region can cause improper movement or position of the skull on the spine and may create narrowing of this hole/foramen. This can lead to compression or pressure in the structures near and within the foramen magnum. If there is a delay at Grand Central Station things don’t work well. Any compression of the brain stem or the nerves within the foramen magnum can cause a potential variety of symptoms including:
• headaches, specifically migraines,
• ringing in the ears,
• vertigo (dizziness),
• nausea,
• nystagmus,
• facial pain,
• muscle weakness,
• restless leg syndrome,
• sleep disturbances,
• difficulty swallowing,
• impaired coordination, and
• general dysfunction of the autonomic system.

The autonomic nervous system is the part of the nervous system, usually out of conscious control that regulates the balance of bodily functions and controls automatic activities such as heart rate, blood pressure, respiratory rate, digestion, sleep and wake cycles, and hormonal regulation. If this system is impaired a host of symptoms may appear seemingly unrelated tothe neck including poor food digestion, poor sleep regulation, tachycardia, fainting spells and others.

There are 2 diagnoses that are often made which correlate to issues in this region. Chiari malformation or Arnold-Chiari Malformation is a diagnosis made when the brainstem is pulled too far through the foramen magnum either from increased intracranial pressure, a tethered spinal cord or from a poorly developed or misshapen foramen magnum. This restricts flow of cerebro-spinal fluid and can compress nerves in the brainstem region. This is often treated with a surgical technique to release and rebuild the foramen magnum to try and decompress the brainstem structures. This surgery is often successful but people with milder forms of Chiari symptoms who may not be surgical candidates and even those after surgery struggle with management of these often debilitating symptoms. The other common diagnosis we see that has similar symptoms is something called POTS syndrome or (Postural Orthostatic Tachycardia Syndrome). This is a diagnosis given to people who present with a host of dysautonomic symptoms, especially very rapid heart rate and fainting or dizziness with standing. Unfortunately the main treatments for those diagnosed with POTS are aimed at trying to manage the symptoms rather than treating the cause.

Due to the wide variety of symptoms and often lack of objective findings (unless the Chiari Malformation is significant) these are 2 diagnoses that are often not made, or difficult to make. I have heard statistics that say the vast most people with Chiari malformations have either not been diagnosed or are being managed by medical professionals who do not even understand what Chiari syndrome is. Even those that are diagnosed continue to struggle with symptoms. It is my opinion that there are many people who struggle with a multitude of symptoms that are coming from this region due to poor position of the occiput on the atlas creating increased pressure at the brainstem region that will never be diagnosed with either POTS or Chiari. They have labels like “vestibular migraines”, “sleep apnea”, “Meniere’s disease”, “depression”, “anxiety”, and “cervical radiculopathy” to name a few.

Why do I bring these symptoms and diagnoses up in a blog you may ask? Great question, I’m glad you did. Mainly because we see a lot of patients with these symptoms as either their primary or secondary complaints as well as those officially diagnosed with POTS or Chiari malformation. We actually seek to see them because we feel we have the tools and science to better manage the OA region. The science of PRI identifies and explains common asymmetrical postural positions and patterns that improperly position the OA joint and lead to poor patterned movement at that region. Similarly to how an asymmetrical pelvis position or rib position leads to improper positon of a hip joint or shoulder blade which lead to a host of problems in that region. Asymmetrical neck and head positions may improperly position the occiput on the atlas and potentially cause compression at the brainstem leading to the myriad of symptoms descried above. If this patterned position is not inhibited, no amount of muscle stretching, range of motion, massage, or even surgery to the foramen will fully take care of the problem. Just as doing traditional hip exercises or even hip surgery on a hip joint in the wrong position, may have poorer outcomes the same is true for the OA region. The other thing that we have here at the Hruska Clinic is our new PRIME program that is the only program like it in the country that integrates multiple disciplines, including dentistry and optometry with PT, to fully identify and address the factors that may be placing the head and neck in this improper patterned position. Our goal is to utilize whatever means necessary to inhibit this patterned position to allow us to reestablish a new position for new patterns of motion to occur without torque, brainstem compression or improper muscle activity. Then, and only then, do we feel we can have successful outcomes for people with brainstem type symptoms. Stay tuned for more information on how we integrate with dentistry and optometry to manage the OA region. For more information on the Hruska Clinic, or our PRIME program check out our website at www.hruskaclinic.com/services/prime.html or call the staff at the Hruska Clinic at (402)467-4545 or our PRIME coordinator at (402) 261-6793.