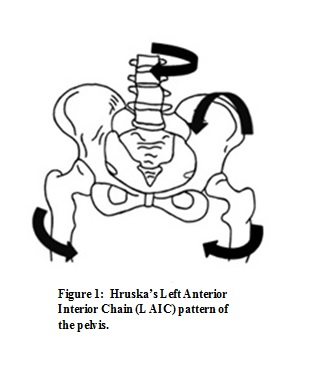 Knee pain can often times be debilitating whether you are attempting to run a full or half marathon or to simply walk up and down a flight of stairs. Knee pain is recognized as one of the most common lower-extremity disorders encountered by physical therapists. The premise behind most treatment approaches is that knee pain is the result of abnormal knee cap tracking and/or malalignment. Given as such, often times treatment interventions are often focused strictly at the knee joint, and typically include quadriceps strengthening, patellar taping, patellar bracing, and stretching. These interventions are in effort to correct the way the knee cap tracks over the thigh and shin bone. Although this is one way to approach the problem, it may be feasible to take into account the position of the shin and thigh bones as it relates to tracking of the knee cap.

From a clinical standpoint, “tight” hamstrings do not necessarily mean short hamstrings, and therefore does not mean stretching is the right thing to do. Often times an individual will have a limited straight leg raise (a common objective test used during movement screens which consists of lying on one’s back with both legs straight, and then the examiner actively raises one leg as far as they can) due to the sensation of tightness of the hamstrings. A common misconception is that the hamstrings appear to be short and tight and need to be stretched. On the contrary, the hamstrings are actually lengthened and tense secondary to the pelvis falling forward and need to be strengthened to return the pelvis to a more neutral/optimal position.

Left knee pain was a common complaint in our patient population and in runners of the Lincoln Marathon that showed up to support the @HruskaClinic's #MySoreSpot activity. With regards to left and right knee pain, different muscles need to be recruited where others need to be inhibited. Let’s take a look at left knee pain. When the pelvis on the left side tilts further forward than the right it influences the length of the muscles around the hip and knee joints and ultimately the way the hip and knee joints function. A left anterior pelvic tilt orientates the thigh bone inwardly placing the knee cap to the outside. Think of the muscles as guide wires on a telephone pole and think of the telephone pole being the thigh bone. In order for the telephone pole to be straight and erect we need to balance the pole from front to back and from side to side. The muscles that balance the thigh bone from front to back are the hamstrings and allow the pelvis to be pulled back to allow a better position for the thigh bone. The inner thigh muscles and outer gluteal muscles assist in stabilizing the thigh bone from side to side. This alignment of the thigh bone allows for better tracking to occur with regards to the knee cap.

The next time you encounter knee pain whether it is right or left. Please take into account the position of your pelvis and the orientation of your thigh bone. It may not be a knee problem it may actually be a hip problem!