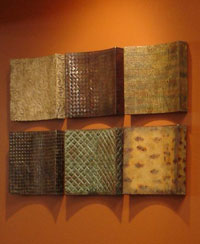 Nearly everyone assumes that his or her body is symmetrical.  The human body is symmetrical about the midline for many of its structures.  We observe two arms, legs, eyes, nostrils, and so on and so forth.  However, if we look closely it is often an escape from reality.  While the human body is outwardly symmetrical, most internal organs are asymmetrical with regards to the left and right side of the body.  For example, the heart is on the left side, the right lung has more lobes than the left, and the liver lies on the right side of the body.  Often times you will have one shoulder higher than the other, one side of the pelvis higher than the other, feet with different arch shapes and a host of various other asymmetries.

The challenge exists in understanding or appreciating how movement patterns on one side of the body may directly influence movements on the opposite side.  Patterns evolve and exist in all of us to some degree.  A pattern usually develops as one trains or repeats the same movement pattern habitually to contribute to an undesirable asymmetrical activity.  It is the sequential action of muscle, bones, joints and breathing that lead to differences in the development of the asymmetrical human.

Posture is defined as the relative “position” of the body at any one period of time.  Posture of course is not static; it’s dynamic.  You have a sitting posture, standing posture, lying down posture and all forms in between.  Posture can be characterized as a form of biomechanical linkage in terms of musculoskeletal symmetric relationships between the right and left side of the body segments.

We generally recognize poor posture when we see it.  But those who appear to have an ideal posture may be achieving this posture with inappropriate muscular activity.  The conventional definition of good posture is the correct alignment of body parts supported by the right amount of muscle tension.  A poorly aligned body uses inappropriate muscle activity to function resulting in mechanically inefficient movement of the joints.

A habit and/or pattern reflects the tendency toward an act or behavior that is acquired through frequent repetition.  Once learned, habits/patterns may occur without the intent of the person and are difficult to change.  Our body is shaped by how we use it and habit determines use.  Injury and poor habits lead to a change in the pattern through repetition of an undesirable movement.  Following injury, action of the muscles prevents a movement of the injured area and other muscles have to compensate.

Postural Restoration® is the utilization of manual and non-manual techniques to restore position of a common pattern present in all humans.  Consultation with a Postural Restoration Institute® (PRI) therapist will address the coordinated association between the body’s relative postural position and the potential muscular imbalances that have lead to the postural position.  When properly positioned, aligned and balanced, the joints and muscles of your body can work in a more effective and efficient manner.